We did had quite a lot of very hard wind and some rain during the night. There was an whole army of meerkoeten just in front of the boat having breakfast. 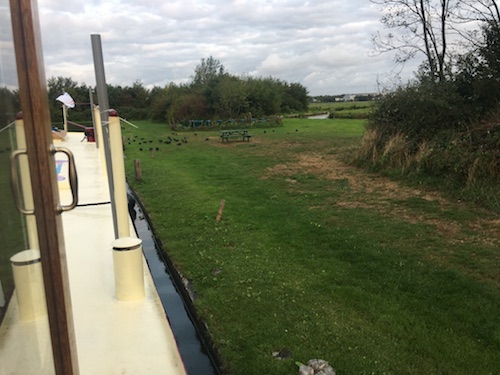 We set of around 9 with quite a bit of wind and very choppy water. After the Kager plassen we turned onto the Haarlemmer Meer Ringvaart , and around 09:30 the engine started sputtering, and died. Restarting only gave it life for a few seconds.  I steered it to the shore with the road, Deb jumped off and attached a mooring line to a traffic sign.  I jumped off and hammered a stake in ground to secure the 2nd line.   Next was going in the engine room and checking the fuel lines. I got to a point where there was diesel coming out of the fuel filter, but the engine still only kept running a short period.  Daniel gave advice how more to check the lines, which I dutyfully did. Yet still no running engine.  I called the harbor master of Kever Haven and she gave us a number of a local shop.  Unfortunately they were closed till 10,  But the harbor master had a private number of the owner, called him and secured us a mechanic at 10:30.   Deb and I just settled won sipping coffee.   I tried to start the engine one more time and it ran a little bit, but died again…so we waited.      Sharp at 10:30 Hugo came.  I explained the situation and we started the engine…….and it kept running…and running.   Hugo started following the fuel lines, and remarked that one fitting was kinda ‘loose’. Because these are copper lines, he asked if there were inserts in, to prevent it from being tightened so much that it totally closed the lines.  I had NO clue, so I put Daniel on the phone.
We ran the engine for about 20 minutes and then attached a second rope and ran the engine on full speed with engaged propeller for 10 minutes.  it seems the air in the line was gone, by the wait period. so we went on.

The leimuiderbrug which had us waiting on the way to Delft opened up within minutes of requesting.  Actually all bridges opened very quickly, especially in Amsterdam.

Once out of Amsterdam we had a quite rough Noordzee Kanaal towards Zaandam, where we filled up 100 L Diesel at the bunker station, so that we have enough for heating this winter.  All and all a very fun and enjoyable 6 day trip! 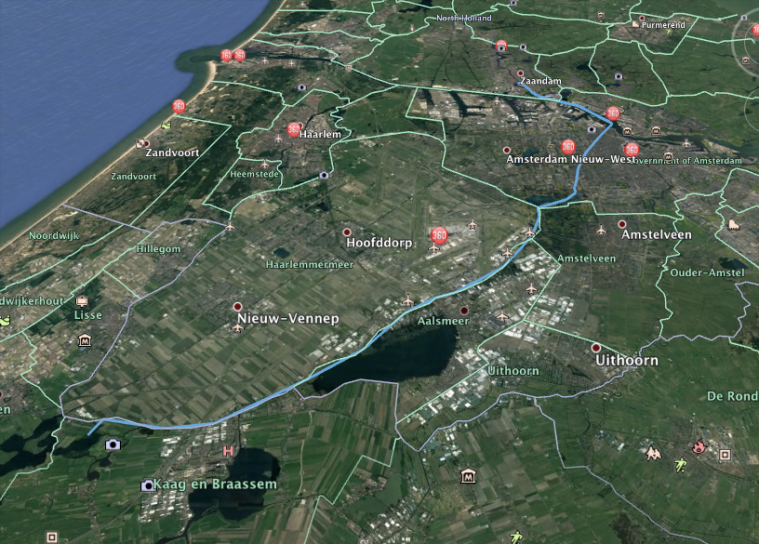