The hunt for the water which on occasion seeps in. and collects in the bilge.  Over the past 3 years we have identified a few things which causes water to collect in the bilge. Water should be removed, for rust and for mold. We have seen a few windows which were leaking, and this year with painting the outside , we have also varnished the windows enough and caulked them enough that when it rains, there is no more water coming in.  Still some  water kept appearing, silently , just as the Red October with Sean Connery did.  Because of Deb’s Bday dinner, Renate and Remy spend the night on the boat.  In the morning Deb and Renate went bargain hunting, while Remy helped me with a few small jobs, like fixing the new wire to the key contact.  We also discussed blowers in the bilge and tried to come up with ways to improve the wheel house, in regards to rain diversion.  While we were exploring these options, I also showed Remy how some wiring was running and pulled the new pilot house carpentry away we discovered that there was quite a bit of water standing.  The water seeps in via the wooden top and the steel work.  The wooden window frames rest on a 35 MM wide L beam, but because the wood is the same width, the water slowly drips between the wood and the steel.  When I made the new pilot house control console, I did noticed there was rust already, which I then removed and treated with Owatrol.  This coming week I will put a thin strip of wood over the edge, and caulk the top , so that the water is diverted to the steel instead of the top. 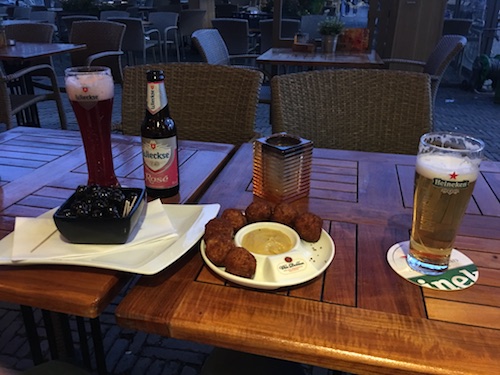 While walking to the Market we encountered a cute Ford, which is not sold in the USA 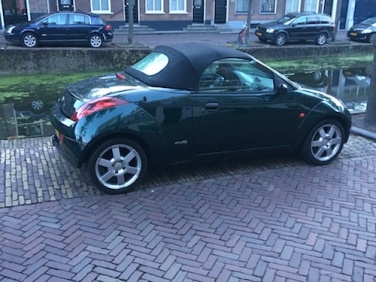